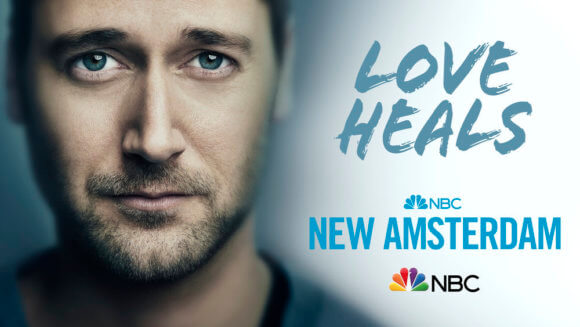 Doctors on NBC’s medical drama New Amsterdam broke out the EPM (Emergency Preparedness Manual) on this week’s episode. With a hurricane bearing down on America’s oldest fictional public hospital (based on Bellevue), extremely attractive doctors play hot potato with an enormous EMP binder because no one wants to be in charge of enacting the hospital’s emergency response plans.

Predictably, plans go awry in all kinds of crazy ways – windows shatter, carbon monoxide leaks, power fails, and there’s even a fire – not to mention various romantic subplots which are pretty disastrous themselves. Then the EMP binder is destroyed, sending Doctor Iggy Frome into a panic as he tries to gather up soggy pages and leaf through what’s left. “The only pages that aren’t wet say that we should have put boards on the windows 24 hours in advance!”

Iggy eventually rallies and leads the rag-tag team to safety with the line, “There is no binder, it’s just us!” While you probably won’t pick up any planning tips, you might find the Hollywood version of your profession entertaining. Check it out on Hulu or Peacock TV.